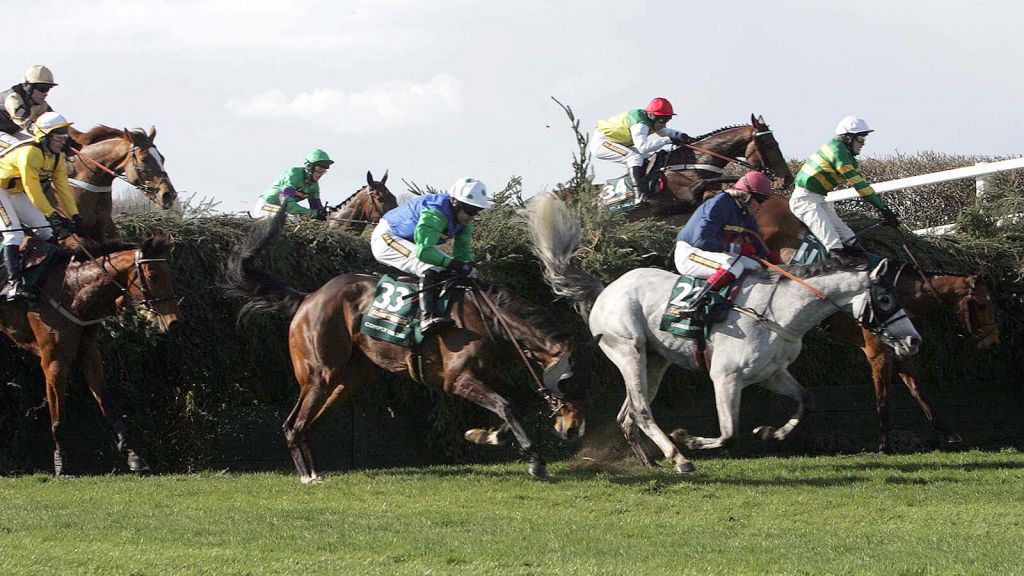 How To Pick Your Selections For The Grand National

Lots of different methods can be used to select the horses you want to back in the Grand National and, if you are only an occasional gambler, you might like to back a horse that stands out to you for a particular reason. Below are a few of the alternatives people use when making a selection for the Grand National:

‘I back a horse with a real name’

There can be many reasons why a horse stands out to you such as the horse has the same name as somebody close to you (for example, there have been former Grand National winners with the following names: One For Arthur, Monty’s Pass and Bobbyjo).

For the 2022 Grand National if you want to back a horse with a real name you could try Run Wild Fred, Mount Ida, Good Boy Bobby, Top Ville Ben or Freewheelin Dylan

‘I always pick the grey horse’

You may want to be able to easily pick out the horse you have selected so have chosen to back a grey horse (most horses are black or brown so greys do tend to be very easily distinguishable).

As it has been ten years since the last grey winner perhaps their turn is due in 2022?

‘Which grey horses are running in the 2022 Grand National?’

‘I always back the favourite’

The basic logic of backing the favourite makes sense; the bookmakers have used their knowledge of form combined with the amount of money that has been bet on each horse and have come up with a horse who is the ‘favourite’. This just means this horse is the shortest price of all the horses in the field and will therefore return you the least amount of money if it wins compared to the other horses in the race.

Is backing the favourite profitable?

In the last twenty years two outright favourites and two ‘joint’ favourites have won the Grand National (the term ‘joint favourite’ means that at the time the race started two horses were the same odds with the shortest odds in the betting).

If you had placed £1 on the favourite in each of the last twenty years you would have gambled a total of £20 and your return would have been £22.50 and returned you a small profit..

If you are unsure of which horse to back but do want to have a bet on the Grand National backing the favourite might be the approach for you.

It's too early to say for sure who will be the favourite for the 2022 Grand National. At the moment it is a close run thing between Any Seond Now, Delta Work and Snow Leopardess.

Eighteen different female jockeys have ridden in the Grand National beginning with Charlotte Brew who rode 200/1 shot Barony Fort in 1977.

Nina Carberry and Katie Walsh jointly hold the record for the most rides in the Grand National with six rides apiece.

Katie Walsh has also recorded the best placing of a female jockey when she finished third on Seabass in 2012. Other notable finishes from lady jockeys were Rosemary Henderson (5th in 1994), Carrie Ford (5th in 2005) and Bryony Frost (5th in 2018).

2022 Mares running in the Grand National

Thirteen female horses (known as mares) have won the Grand National but the last of these was in 1951!


Only very few mares have taken their chance recently with just six mares having run in the Grand National over the last ten years but, interestingly, five of them completed the course:

Horses in the 2022 Grand National who have run over the fences before and completed the course:

‘I back a horse wearing my favourite colour’

If none of the above methods appeal to you we are here to help you with some special tools on Grand National Guide to help you find your selection:

Lots of people like to look at the silks the jockeys will wear and go for one that features your favourite colour. We can save you some time by guiding you to a special tool that will narrow down all the horses that will feature each of the main colours. So, for 2022 if your favourite colour is red then one of the horses you could select is the favourite, Tiger Roll, whose silks are predominantly red in colour.

In the last twenty years green has been the most successful colour with nine winners!

Find the horses that are wearing your favourite colour here

Another of the tools we offer on Grand National Guide is to illustrate what part of the country each horse is trained in to enable people who want to cheer on their ‘local’ horse.

The last twenty Grand National winners have come from the following areas:

Do remember though the total number of horses running from, say, Ireland, over those twenty years will be much higher than the number of runners based in the North East or the Midlands. This is simply because there are more trainers based in Ireland than in those other two areas.

Find the horses that are based in your area here

We have added the birth dates of all the horses due to run in the Grand National this year so you can match up to a horse born under the same star sign as you.

For example, last year's winner Minella Times is a Pisces and the twice, previously placed Anibale Fly is a Gemini!

Find your horse with your matching star sign here