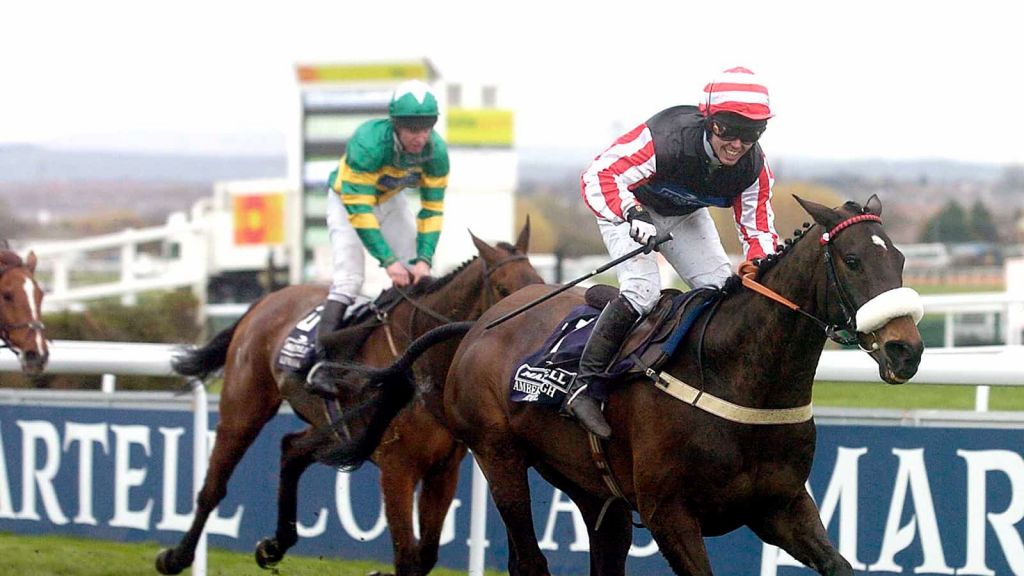 An increase in fallers and unseated riders this year from last year. The easier fences resulted in just 8 horses either falling or unseating in 2013 but that number increased to 13 this time around.

The weights were headed by 2 Grade 1 winners marking this down as one of the classiest renewals of the race in years. There was no real plunge horse with bookies going 10/1 the field. Teaforthree and Double Seven would eventually go off 10/1 joint favourites. Teaforthree would go on to unseat his rider at the Chair with Double Seven running a gallant race in 3rd under Tony McCoy.

Across The Bay and Mr Moonshine made the early running, the former was almost carried out by a loose horse after the 16th fence which then handed the initiative to Mr Moonshine who led until 4 out before fading badly to 15th.

Also racing handily were the well fancied pair Balthazar King and Rocky Creek. Both would eventually finish in the top 5, the former never actually led but eventually finished second to the easy winner whilst Rocky Creek put in a remarkable performance considering his inexperience, leading until the approach to the penultimate fence before fading very late on to 5th.

The race was won by 25/1 shot Pineau De Re, giving his trainer Dr Richard Newland a winner of the Grand National at his first attempt. The horse raced in mid division until just after the half way stage when he was allowed to bowl long closer to the pace by rider Leighton Aspell after the 16th fence. Pineau De Re took the lead up 2 out and eventually drew clear to win by a very comfortable 5 lengths. He did make a couple of mistakes with his jumping but none were too serious.
Pineau De Re had finished third in the 3 mile Pertemps hurdle at the Cheltenham Festival just 22 days earlier.
The first 4 home in the 2014 Grand National all carried less than 11 stone with 9 year old Alvarado filling 4th spot carrying just 10-2. The Fergal O'Brien trained runner finished well, coming from 10th to 4th after the final fence. Perhaps the lack of run since January just cost him a bit.