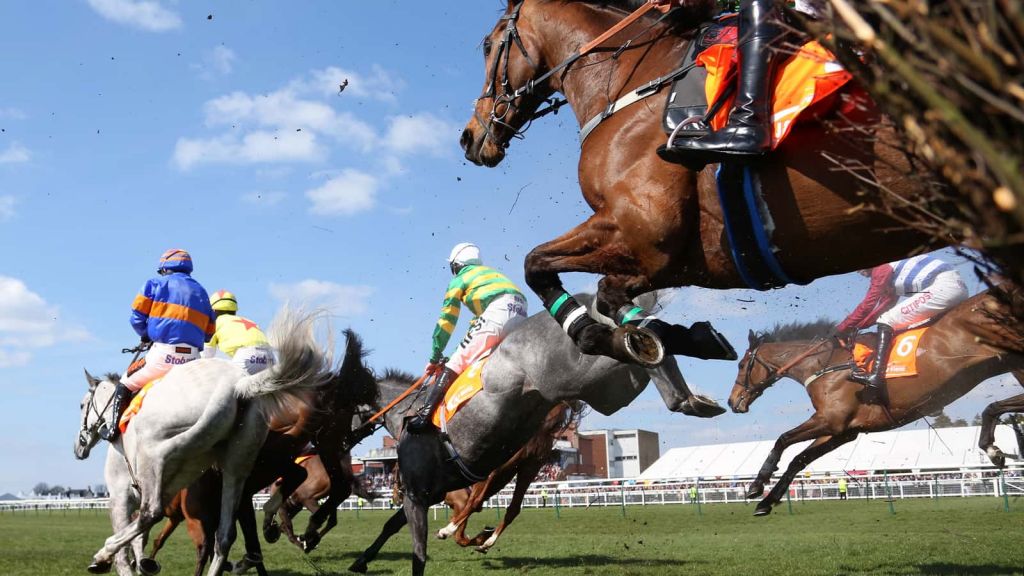 The most famous horserace in the world wrote another amazing chapter in its history in 2010 when AP McCoy, perhaps the greatest national Hunt jockey ever, finally won the Grand National at the fifteenth attempt.

To help matters along he won it on a horse that was supposed to be a bad jumper and also won the race for the first time for legendary owner JP McManus and his trainer the National Hunt legend Jonjo O'Neill. Don't Push It has always been regarded as a horse with bags of talent (he was ante-post favourite for the 2007 Arkle) but has never quite put it all together before. That said, he carried a weight of 11st 5lbs to victory which is the joint heaviest winning weight since Red Rum. Don't Push It will need to produce something special to win again next year but with connections like this perhaps anything is possible

Tony McCoy said this about the horse after the race: 'I hadn't gone more than a mile and I wouldn't have swapped my position for anything, and I don't just mean horses. He had just totally taken to it. He's sometimes been too intelligent but today he totally used his brain the right way. He made a couple of mistakes but that was my fault as much as the horse and who cares.'

Jonjo O'Neill is forever associated with Dawn Run and that mare's famous victory in the Cheltenham Gold Cup but O'Neill has gone on to establish himself as a trainer of the highest class as well, a fact underlined by seventeen winners at the Cheltenham Festival and now with a victory in the Grand National.

O'Neill began his career as a trainer in 1986 after 900 wins as a jockey and two Champion Jockey Titles. Along the way he suffered countless broken bones and won a much publicised battle with cancer but he never managed to win the one race he really craved; The Grand National

O'Neill was quoted as saying this after the race: 'I am lost for words! It is fantastic and I thought that it would never happen to me. I am delighted that it has happened and I am delighted for AP, for JP, and all of lads. It is brilliant.'

Tony McCoy has over 3000 career wins to his name and has won just about every big National Hunt race there is but one race has always alluded him; The Grand National. He has finished third three times before (twice on Blowing Wind and once on Clan Royal) but it was when Clan Royal was carried out of the race in 2005 that you began to wonder if McCoy was destined to join the list of great NH jockeys who have never won the National.

McCoy's allegiance to the Jonjo O'Neill stable and retainer to JP McManus has always ensured that there would be good horses to ride but the years kept ticking by and AP didn't seem to be getting much closer. In 2010 the choice came down to Can't Buy Time or Don't Push It and the Champ surprised many by plumping for the often sloppy jumping Don't Push It. They should have known better as McCoy produced a premier round of jumping from his partner and from a long way out the son of Old Vic could be seen to be travelling ominously well.

The bold jumping front-runner Black Apalachi and the quietly ridden Big Fella Thanks appeared to be the only dangers and as the latter's challenge evaporated at the third last it turned into a battle with the Irish raider. McCoy was quick to head for the rail as they past the elbow and this manoeuvre seemed to seal the fate of the runner-up and McCoy and Don't Push It forged on for an exuberant five length victory. Rarely are racegoers treated to any emotion from the fourteen times champion but the relief and elation he beamed from the saddle was plain for all to see. Surely all who witnessed, winners or losers, could not begrudge the man this moment.

'I've won a few other races that nobody knows but everyone on the street knows the Grand National, it's the people's race and from a jockey's perspective that's why it's important. At least that I can think that I've sort of done alright as a jockey now.'

'I'm the biggest dreamer in the world, I dream every day, and for the past five or six years I've dreamt that I'd win the National. I got a bit down so this year I decided to enjoy myself'.

The 2009 Becher Chase winner ran a fine race in defeat and but fir a horrendous mistake at the third-last he may even have got closer to the winner.

Up with the pace right from the outset Black Apalachi gave a brave display and considering only two horses carried more weight in the race it was a high class display. The jockey on the runner-up, Denis O'Regan, had this to say after the race:

'He just loves bowling along, he loves this place. He was a bit keen early on but he settled into it lovely and once he got into a rhythm he was fantastic. I had a wonderful round and it's a pleasure to ride a horse like him around here.'.

Dessie Hughes is fast becoming the Irish trainer to watch at Aintree with two Becher Chase wins and now a runners-up spot in the big race itself. Hughes was in philosophical mood after defeat for his charge, Black Apalachi:

'We're very proud of him, it was a great run. He did everything right, just a better horse beat him.'

Denis O'Regan gave Black Apalachi a super front-running ride and a after two previous incompletions the horse finally made it all the way home and very nearly won the ultimate prize:

'My fella's a tremendous horse and he gave me a tremendous feel. All credit to Dessie (Hughes) and the team. They had him spot on for today.'

'I'm so delighted for AP McCoy, he's been years in the game. If anybody had to beat me I'm just glad it was him.'

State Of Play went one better than last year to finish third after a fine waiting ride from Paul Moloney. The ten-year-old gelding is likely to be campaigned again solely with this race in mind next year and there must be very chance that he can improve again on this placing.

Evan Williams was delighted with his stable's star: 'I'm just very, very proud of the horse. He means so much to me. He's run such a gallant race.'

Evan Williams has guided State Of Play to victories in a Hennessy Gold Cup and a Charlie Hall Chase and now two placings in the world's greatest steeplechase: The Grand National.

Williams is in no doubt the debt he owes to the horse:

'I thought we had him as right as we could get him and he's run a blinder. He's just showed what a brave horse he is. I'll never have another one like him.'

Paul Moloney received plenty of plaudits, particularly from his trainer, for the ride he gave State Of Play but unfortunately connections felt he just had too much weight. Moloney feels that State Of Play can continue to be a force in Grand Nationals to come. He said this after the race:

"It was a serious run from a serious horse who's very been good to me - and he might win next year, please God!"

Running in the Grand National for the second consecutive season Big Fella Thanks improved two places on last year's showing but for much of the race looked to be going as easily as anything in the race. Moving to the third last fence the 10/1 joint favourite appeared to have plenty in hand but suddenly his stamina dropped away and Barry Geraghty had to accept defeat. Nevertheless, this was another great performance form such a young horse and connections must surely hope that he will improve again for next year.

Nicholls has this to say about Big Fella Thanks:

'I'm delighted with him. No excuses at all. He travelled brilliantly, jumped brilliantly and Barry had a fantastic ride, but he just didn't truly stay. Coming to the second last, he was running out of petrol. This year, in his training, he's found a bit of speed and maybe he's not so much of a stayer as we thought initially.'

Barry Geraghty had been originally due to ride Tricky Trickster but was swapped onto Big Fella Thanks following the earlier injury to Ruby Walsh:

Geraghty, who has an enviable riding record in the Grand National with a win, four places and three other completions from eleven rides, thought Big Fella Thanks was outstanding: Brilliant! He galloped from end to end. The best ride I've ever had round here. But if you can't have the winner, then it's good to see AP win it.' 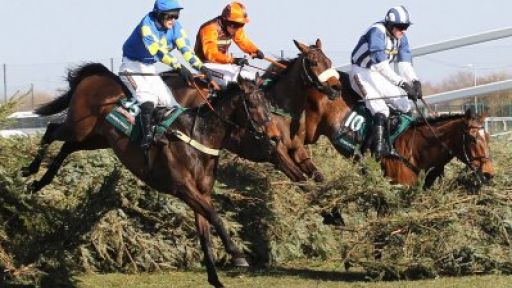