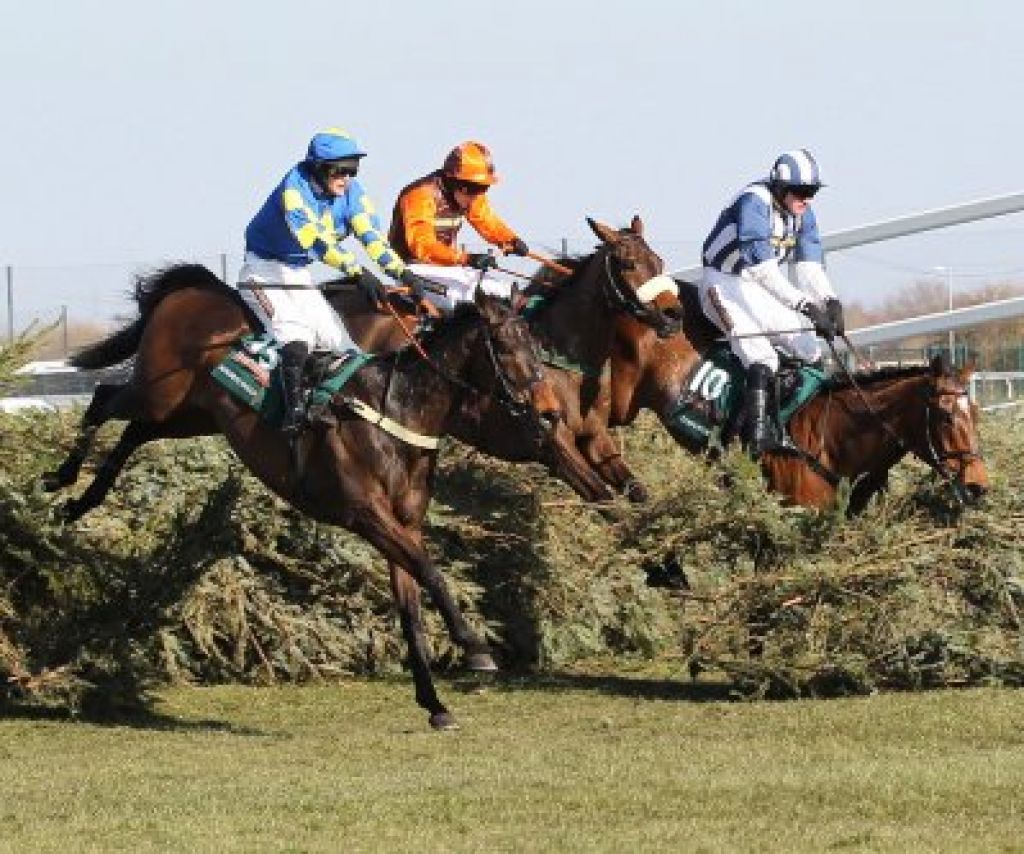 The 2021 Grand National took place behind closed doors and followed on from the cancellation of the race the year before due to the coronavirus pandemic.

The going at Aintree on the Saturday of the Grand National meeting was good to soft and a full field of forty horses went to post.

The Jonjo O’Neill trained Cloth Cap was sent off the 11/2 favourite, with Any Second Now second favourite at 15/2 closely pursued in the betting market by former Irish National winner Burrows Saint (9/1) and the Rachael Blackmore ridden springer in the market, Minella Times.

Despite the marathon four-mile two-furlong trip we had the usual cavalry charge down to the first fence in the Grand National with 80/1 shot Jett, ridden by Aintree specialist, Sam Waley-Cohen winning the initial race of the leader over the first fence.

Jett continued to vie for the early lead with the likes of the favourite, Cloth Cap, Yala Enki, Lord Du Mesnil and Any Second Now. By the time the field made it to the sixth fence (Becher’s Brook), only two horses were out of the race – Lakeview Lad who fell at the first and 2019 runner-up Magic Of Light who had unseated Robbie Power at the fourth fence.

All of the remaining field made it over Becher’s Brook but at the next fence (Foinavon) the popular grey Bristol De Mai made a bad mistake.

The eighth fence is the Canal Turn and this deceptive looking obstacle often causes more fallers than the likes of Becher’s Brook or The Chair. This year though all the remaining field negotiated the Canal Turn safely, although the previously Grand National placed Anibale Fly was already a long way behind.

The next fence sees the famous Valentine’s Brook but, again, the whole field made it over safely.

Minellacelebration unseated Ben Poste at the eleventh fence and the twelfth fence saw the fall of Double Shuffle who badly hampered the previously smooth travelling Any Second Now.

After the twelfth fence the field cross the famous Melling Road and then have a long run before they leave the ground once again.

At the thirteenth fence, Jett was still enjoying himself in the lead and was chased by Lord Du Mesnil, Cloth Cap, Yala Enki and Burrows Saint. Anibale Fly was pulled up before this fence, but the rest of the field made it safely over this fence and the next (the fourteenth).

The fifteenth fence is The Chair and Jett had opened up a four-length advantage over Cloth Cap as they ran down to this big fence. Canelo and Ami Desbois failed to negotiate this fence but there were still thirty-three runners surviving.

No casualties at the sixteenth, the water jump, but Jett had stretched his advantage in the lead to around eight lengths as they passed the winning post for the first time.

In the long, straight stretch of fences from the seventeenth until before Becher’s (fence 22) we lost the likes of Vieux Lion Rouge who fell for the first time in an amazing ten attempts over the Grand National fences. Also, out of the race on that stretch of fences were one of the early leaders Lord Du Mesnil and the well backed pair, Mister Malarky and Takingrisks who were all pulled up.

Sam Waley-Cohen and Jett were still clear as they made it safely over Becher’s Brook for the second time. Tom Scudamore and the favourite, Cloth Cap cleared Becher’s in second with Burrows Saint over in third. Also close up at this point were Discorama, Minella Times, Cabaret Queen, Farclas and Balko Des Flos.

No casualties over Foinavon, Canal Turn or Valentines on the second circuit and as they go down toward fence twenty-six Jett still has a commanding advantage of around eight lengths. At this fence Cloth Cap makes a bad mistake and suddenly looks like he is struggling.

At the twenty-seventh fence Chris’s Dream looked to be going well but unseats Mark Walsh who must have thought himself unlucky.

The twenty-eighth fence is the third last and the order of the front rank jumping this fence were:

On the long run to the second-last Jett’s long-time lead starts to evaporate and as we cross the penultimate flight the lead is shared by two Henry De Bromhead runners: Minella Times and Balko Des Flos with Burrows Saint close behind and Any Second Now finishing well after his earlier traffic problems.

In the run to the last Minella Times picks up a definite advantage from Balko Des Flos but the previously smooth travelling Burrows Saint starts to struggle and is overtaken by Any Second Now as they jump the last fence.

Rachael Blackmore kicks on with Minella Times after the last and he quickly opens up a three-length gap between him and his two closest pursuers, Balko Des FLos and Any Second Now.

At the elbow, Minella Times’ advantage is around five lengths and Balko Des Flos looks the most likely challenger as the game Any Second Now has expended too much energy trying to get himself back in contention after being hampered.

At the winning post Rachael and Minella Times are six and a half lengths clear of 100/1 shot Balko Des Flos with another one- and three-quarter lengths back to Any Second Now in third. A tired Burrows Saint hangs on for fourth place, with the seven-year-old Farclas running well for fifth. The first British runner to cross the line is the Dan Skelton trained Blaklion with Discorama weakening from a promising position at the second last, into seventh place.

After the heroics of Henry De Bromhead and Rachael Blackmore at the Cheltenham Festival this win in the Grand National is the culmination of a fairy-tale few weeks.

Owner JP McManus wins his second Grand National after Don’t Push It and AP McCoy back in 2010.

The Grand National proved to be a great spectacle once again, only marred by the lack of crowds at Aintree and the sad death of The Long Mile who suffered a fatal injury after the twenty-second fence.

The real hero of the 2021 Grand National is, of course, Rachael Blackmore who on just her third ride in the race becomes the first ever woman to ride the winner of the Aintree Grand National.